The intimate debut memoir by the man known to the world as Mister Rogers’ Neighborhood’s Officer Clemmons, who made history as the first African American actor to have a recurring role on a children’s television program.

Officer Clemmons: A Memoir details the incredible life story of François Clemmons, beginning with his early years in Alabama and Ohio, marked by family trauma and loss, through his studies as a music major at Oberlin College, where Clemmons began to investigate and embrace his homosexuality, to a chance encounter with Fred Rogers that changed the whole course of both men’s lives, leading to a deep, spiritual friendship and mentorship spanning nearly forty years.

When he earned the role as Officer Clemmons on the award-winning television series Mister Rogers’ Neighborhood, Clemmons made history as the first African American actor to have a recurring role on a children’s program. A new, wide world opened for Clemmons—but one that also required him to make painful personal choices and sacrifices.

From New York to Russia, Berlin to California, Clemmons has performed for audiences around the world and remains a beloved figure. Evocative and intimate, and buoyed by its author’s own vivacious, inimitable energy, Officer Clemmons chronicles a historical and enlightening life and career of a man who has brought joy to millions of adults and children, across generations and borders.

Dr. François S. Clemmons received a bachelor of music degree from Oberlin College and a master of fine arts from Carnegie Mellon University. He also received an honorary doctor of arts degree from Middlebury College. In 1973, he won a Grammy Award for a recording of Porgy and Bess; in 1986, he founded and directed the Harlem Spiritual Ensemble; and from 1997 until his retirement in 2013, Clemmons was the Alexander Twilight Artist in Residence and director of the Martin Luther King Spiritual Choir at Middlebury College in Vermont, where he currently resides. 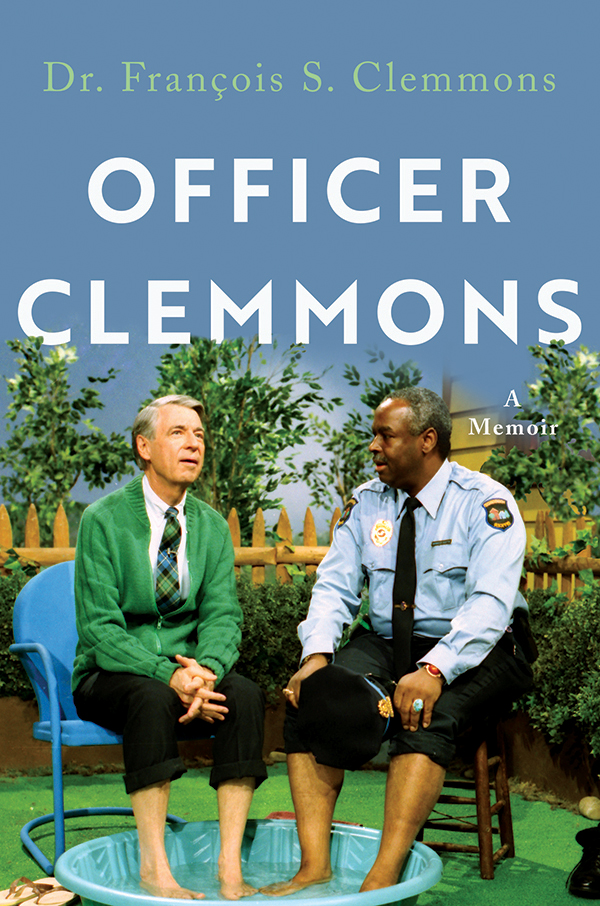